I just want to say “Thank you” to all of the people who have been reading this blog. It has been a truly absurd way for me to spend my free time, and I hope it’s made you smile.

Also, I hope you join me December 2nd, 9th, 16th and 23rd as I will be posting a fresh review for the reunion episodes which have been released today!! 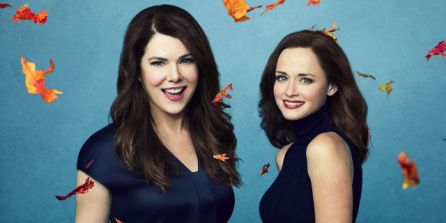 This is the last episode of Season 7.

TV.com’s list mercifully skipped over everything that happened in the final season of “Gilmore Girls” and only included this one. Logan and Rory break up after Logan proposes to her. He takes it on the chin and sashays-away to his limousine. As for the Christopher/Lorelai/Luke drama. Well, Lorelai and Luke break up at the end of season 6, and Lorelai ends up dating Christopher.

It finally happened. Christoher, the man who both the Gilmore Girls were rooting for up until the end of season 2 somehow managed to get a 3rd chance at being a family man. It looks like it didn’t work out though, because Lorelai is not dating him in this final episode and it seems like she’s pining for Luke. So, both Gilmore Girls are single!

I’m going to keep it short, because this episode is all about ‘goodbyes.’ Rory gets a job working on the campaign trial with Barack Obama, and so she’s leaving Stars Hollow.

Luke takes the initiative in organizing a big going away party for Rory. When the weather forecast spells rain, Luke stays up all night collecting people’s rain-coats, tarps and tents, and sews together a massive canopy so that the party can go on. It’s a great scene for us all to say goodbye to our favorite Stars Hollow citizens in one big scene, and it’s also a great opportunuty for Zack to stand in the background awkwardly flexing.

Anyway, peace out Zack! Peace out Lane! See you at the reunion!

This whole episode really is quite heart-felt. It would have been even more emotional for people that watched it without knowing if there would ever be a reunion. We see Kirk, Mrs. Patty, the awful Babette, Michel, Sookie, Jackson, Taylor, everyone!

Lorelai finds out about all the effort that Luke put into putting this party together, and the two of them kiss. 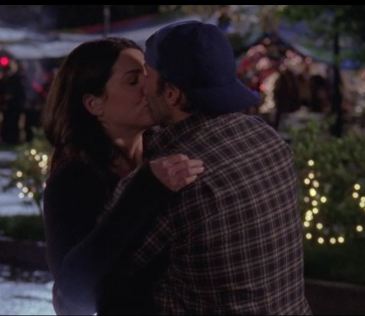 So Luke and Lorelai are definitely going to be together in the reunion episodes right?

Luke isn’t going to have another secret daughter right?!

We see the Elder Gilmores. This might be the most heart-felt scene in the episode. Richard starts to tear up and he expresses his admiration for both Rory and for Lorelai. 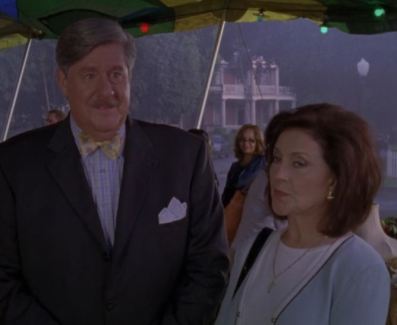 It’s very touching, and made all the more so by the fact that we know that we will not see Richard in the reunion. I liked this character a lot, and I thought Edward Herrman was superb.

At the end, we leave the Gilmore Girls in the same way we found them. The final scene is a shot for shot re-creation of the last scene from the very first episode of season 1. With the camera slowly zooming out from the window at Luke’s Diner and with the Gilmore Girls engaged in a spirited conversation about nothing in particular. 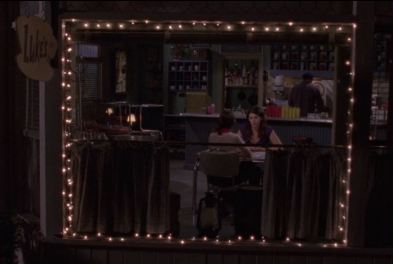 See you at the reunion!